The Great Divide is a series about inequality.

In a working-class neighborhood in Lowell, Mass., in early 2009, I sat across the table from Diana, then 24, in the kitchen of her mother’s house. Diana had planned to graduate from college, marry, buy a home in the suburbs and have kids, a dog and a cat by the time she was 30. But she had recently dropped out of a nearby private university after two years of study and with nearly $80,000 in student loans. Now she worked at Dunkin’ Donuts.

“With college,” she explained, “I would have had to wait five years to get a degree, and once I get that, who knows if I will be working and if I would find something I wanted to do. I don’t want to be a cop or anything. I don’t know what to do with it. My manager says some people are born to make coffee, and I guess I was born to make coffee.”

Young working-class men and women like Diana are trying to figure out what it means to be an adult in a world of disappearing jobs, soaring education costs and shrinking social support networks. Today, only 20 percent of men and women between 18 and 29 are married. They live at home longer, spend more years in college, change jobs more frequently and start families later.

For more affluent young adults, this may look a lot like freedom. But for the hundred-some working-class 20- and 30-somethings I interviewed between 2008 and 2010 in Lowell and Richmond, Va., at gas stations, fast-food chains, community colleges and temp agencies, the view is very different.

Lowell and Richmond embody many of the structural forces, like deindustrialization and declining blue-collar jobs, that frame working-class young people’s attempts to come of age in America today. The economic hardships of these men and women, both white and black, have been well documented. But often overlooked are what the sociologists Richard Sennett and Jonathan Cobb in 1972 called their “hidden injuries” — the difficult-to-measure social costs borne by working-class youths as they struggle to forge stable and meaningful adult lives. 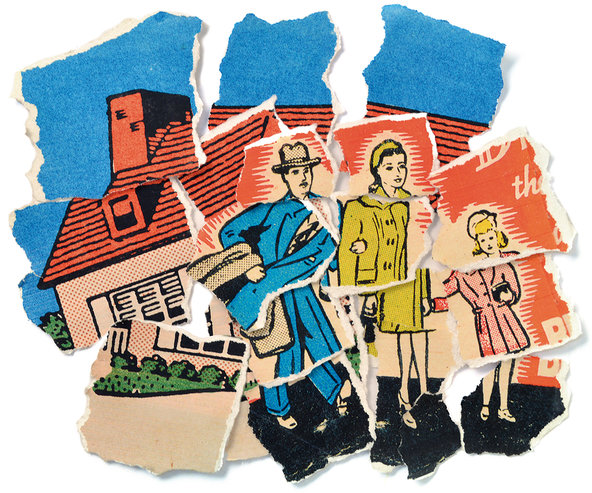 These are people bouncing from one temporary job to the next; dropping out of college because they can’t figure out financial aid forms or fulfill their major requirements; relying on credit cards for medical emergencies; and avoiding romantic commitments because they can take care of only themselves. Increasingly disconnected from institutions of work, family and community, they grow up by learning that counting on others will only hurt them in the end. Adulthood is not simply being delayed but dramatically reimagined along lines of trust, dignity and connection and obligation to others.

Take Jay, for example. He was expelled from college for failing several classes after his mother suffered a severe mental breakdown. He worked for a year, then went before the college administration and petitioned to be reinstated. He described it as a humiliating experience: “It’s their jobs to hear all these sob stories, you know, I understand that, but they just had this attitude, like you know what I mean, ‘Oh, your mom had a breakdown and you couldn’t turn to anyone?’ ”

Jay got back in and graduated (after a total of seven years of college). But when I talked to him, he was still working food-service and coffee-shop jobs at 28, baffled about how to turn his communications major into a professional job. He felt as if he was sold fake goods: “The world is at my fingertips, you can rule the world, be whatever you want, all this stuff. When I was 15, 16, I would not have envisioned the life I am living now. Whatever I imagined, I figured I would wear a suit every day, that I would own things. I don’t own anything.”

I heard many people express feeling betrayed by the major institutions in their lives, whether colleges, the health care system, employers or the government.

Christopher, who was 25, stated simply, “Well, I have this problem of being tricked.” He explained: “Like, I will get a phone call that says, you won a free supply of magazines. And they will start coming to my house. Then all of a sudden I am getting calls from bill collectors for the subscriptions to Maxim and ESPN. It’s a runaround: I can’t figure out who to call. Now I don’t even pick up the phone, like I almost didn’t pick up when you called me.” He described isolation as the only safe path; by depending on no one, Christopher protected himself from trickery and betrayal.

These fears seep into the romantic sphere, where commitment becomes yet another risky venture. Kelly, a 28-year-old line cook, spent 10 years battling depression and living off and on in her car. She finally had a job and an apartment of her own. But now she was worried about risking that hard-earned sense of security by letting someone else into her life. “I like the idea of being with someone,” she said, “but I have a hard time imagining trusting anybody with all of my personal stuff.” She said she would “rather be alone and fierce than be in a relationship and be milquetoast.”

“I know where all my shortcomings come from. From the things that I either did not do, or I did and I just happened to fail.”

Men often face a different challenge: the impossibility of living up to the male provider role. Brandon, who worked the night shift at a clothing store, described what he thought it would be like to be in a relationship with him: “No woman wants to sit on the couch all the time and watch TV and eat at Burger King. I can only take care of myself.”

It is not that these men and women don’t value family. Douglas, then 25, talked about loss: “Trust is gone. The way people used to love is gone.” Rather, the insecurities and uncertainties of their daily lives have rendered commitment a luxury they can’t afford.

But these young men and women don’t want your pity — and they don’t expect a handout. They are quick to blame themselves for the milestones they have not achieved. Julian, an Army vet from Richmond who was unemployed, divorced and living with his mother at 28, dismissed the notion that his lack of success was anyone’s fault but his own: “At the end of the day looking in the mirror, I know where all my shortcomings come from. From the things that I either did not do or I did and I just happened to fail at them.” Kelly echoed that: “No one else is going to fix me but me.”

This self-sufficiency, while highly prized in our culture, has a dark side: it leaves little empathy to spare for those who cannot survive on their own.

Wanda, a young woman with big dreams of going to college, expressed virulent anger toward her parents, a tow-truck driver and a secretary, for not being able to pay her tuition: “I feel like it’s their fault that they don’t have nothing.” Rather than build connections with those who struggled alongside her, Wanda severed relationships and willed herself not to be “weak-minded” like her parents: “if my mentality were different, then most definitely I would just be stuck like them.”

Working-class youths come to believe that if they have to make it on their own, then everyone else should, too. Powerless to achieve external markers of adulthood like marriage or a steady job, they instead measure their progress by cutting ties, turning inward and numbing themselves emotionally.

We don’t want to go back to the 1950s, when economic stability and social solidarity came at the cost of exclusion for many Americans. But nor can we afford the social costs of going forward on our present path of isolation. The social and economic decline of the American working class will only be exacerbated as its youngest members make a virtue out of self-blame, distrust and disconnection. In order to tell a different kind of coming-of-age story, we need to provide these young men and women with the skills and support to navigate the road to adulthood. Our future depends on it.

Jennifer M. Silva is a postdoctoral research fellow at the Harvard Kennedy School and the author of the forthcoming book “Coming Up Short: Working-Class Adulthood in an Age of Uncertainty.”